As the time of rail privatisation the Freight Operating Companies were given 125 year property leases to numerous rail terminal sites throughout the country, all at a nominal ‘peppercorn’ annual rents. To increase the capacity of the network and support competition in the rail freight industry Network Rail bought out these leases through a project known as project ‘Mountfield’.

Network Rail were concerned that when they bought out the leases that they would then become responsible for a large amount of infrastructure which may possibly be below the standards they would require. Consequently Network Rail employed Railfreight Consulting to undertake ‘due diligence’ site surveys on the 20% of sites thought to be of highest risk. RfC surveyed the sites and established the quantum and cost of work required to recover the site to an acceptable standard. This value was then taken into account when negotiating the final settlement value for the transaction.

RfC went on to subsequently manage the transfer of the lease and asset data into Network Rail’s Geogis and Ellipse asset management databases.

RfC’s ability to quickly mobilise experienced track engineers to undertake the site surveys enabled Network Rail to rapidly establish their potential liability and factor it into their commercial negotiation. We then worked with the maintenance and IT teams to ensure that the in-coming assets were correctly identified in the relevant asset management databases and the transition into Network Rail’s maintenance was properly managed. 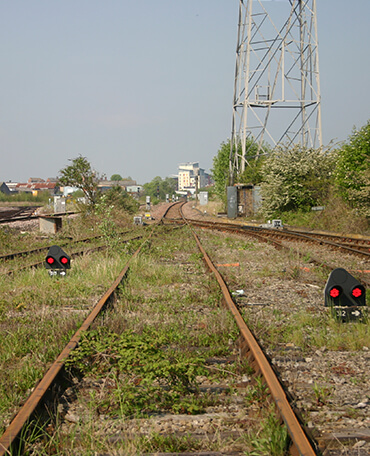